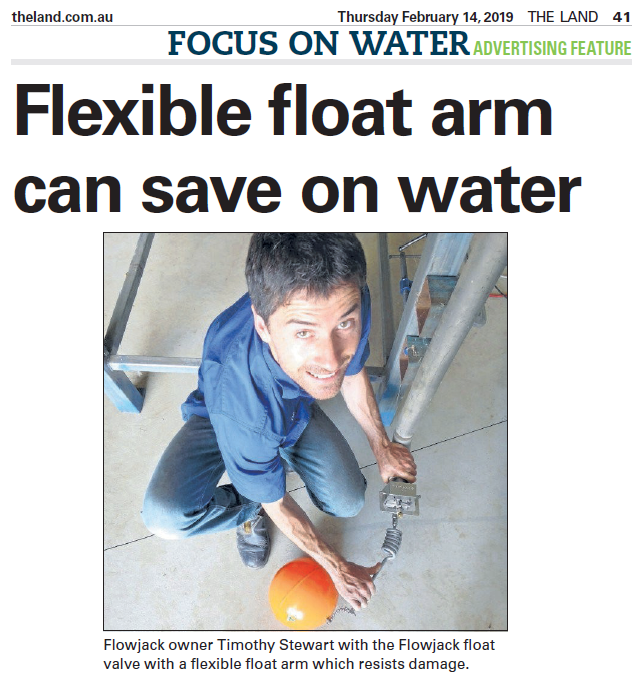 Flexible float arm can save on water

If cattle or any other animal large enough to cause damage have access to your float valve, the float arm is the weak link.

If the float arm is permanently bent or broken its likely a substantial amount of water will be wasted.

This is more likely to happen when live stock need the water most.

In dry times, dams and creeks dry up so the only option may be the trough and when there is a big mob of thirsty animals all trying to get a drink at a trough, that’s when they are more likely to end up standing in the trough next to the float valve or thrashing about trying to stand up.

There is a solution to this problem. Flowjack float valves are available with a flexible float arm which resists damage by allowing the float arm to flex and return to its original position if its knocked, rather than permanently bend or break.

Another innovation from Flowjack is the optional manual shut off device that can be fitted to the valve and used to manually shut the flow of fluid through the valve regardless of the fluid height in the trough or tank.

This can be a cost effective alternative to purchasing another type of valve to perform this function.

Flowjack valve heads are designed to be simple strong.